Home > How I Became a Roseville Short Sale Specialist

How I Became a Roseville Short Sale Specialist

In 2005, Roseville real estate was at an all time high. As a long-time Roseville real estate agent, I’d never been busier.  I sold 10-20 houses a month and my phone rang off the hook!  I distinctly remember November 2005 when that all came to an end.  There was an almost instantaneous shift in the market.  Buyers were no longer willing to pay the price sellers were asking.  Sellers weren’t willing to take less.  It was a real estate stalemate!

The next six months, I spent a lot of my time counseling Roseville sellers on where the market was headed…down! Of course I couldn’t have predicted it would fall up to 65% in some areas.  Still, I saw so many homeowners who were mortgaged to the max and soon realized the need for Roseville short sales.

I’ve always taken my career as a Roseville real estate agent very seriously and I’ve had high sales to prove it throughout my career. I’ve lost count of the actual number of homes I’ve sold but I’m guessing somewhere around 700.  One of the ways I’ve been able to do that, is by focusing my attention to where there is the greatest need.  Most agents don’t do that.  They sell what they are comfortable selling and don’t venture out and expand the scope of their work.  In 2006, I realized the need for Roseville short sales.

I have to admit, my first few Roseville short sale attempts were like walking through quicksand! In my defense, the banks didn’t even know how to handle short sales and were unprepared for the volume they would have to process.  In the early days, it took forever to get a negotiator assigned to the short sale, impossible to get anyone to return calls, and slim-to-none that the buyer would actually stick around to see it close.  That’s where most Roseville real estate agents decided they wouldn’t touch short sales with a 10 foot pole!

I kept at it, learned the process, made connections, and transformed myself into a Roseville short sale specialist. It was by no means easy but now I’ve done it and am very comfortable with Roseville short sales and working with banks like BofA, Wells Fargo, Chase, and many smaller banks too.  I’m able to answer seller’s questions, update all parties regularly, negotiate with the bank, and obtain short sale approvals in less time than most.

As much as I’d love to go back to selling only traditional equity sales, it’s not going to happen anytime soon. There is still a lot of shake out that needs to happen, people still need to move, and Roseville short sales are here to stay for at least the next few years.

Contact me if you’re considering selling your Roseville home as a short sale and I will help you decide if a short sale is right for you.

How I Became a Roseville Short Sale Specialist

"⭐⭐⭐⭐⭐ Allan was very helpful in the buying process. He was educational and was looking out for my best interest and not trying to sell me something... continued"
- Rex Mathis
View All 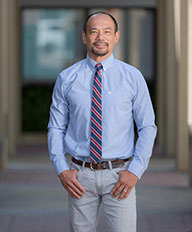 As a 40 year resident of the Sacramento area and a full time Realtor & Broker for the past 20 years, I can help you with all your residential real estate needs.